The University of Cambridge and its colleges must divest

It is time for the University and its colleges to listen to their constituent parts and the city and world they exist in. We demand, on behalf of both town and gown, that the University of Cambridge and its non-divested colleges divest their endowment funds immediately.

The public evidence used to arrive at this ranking can be found here. Other information has been received privately from some colleges. 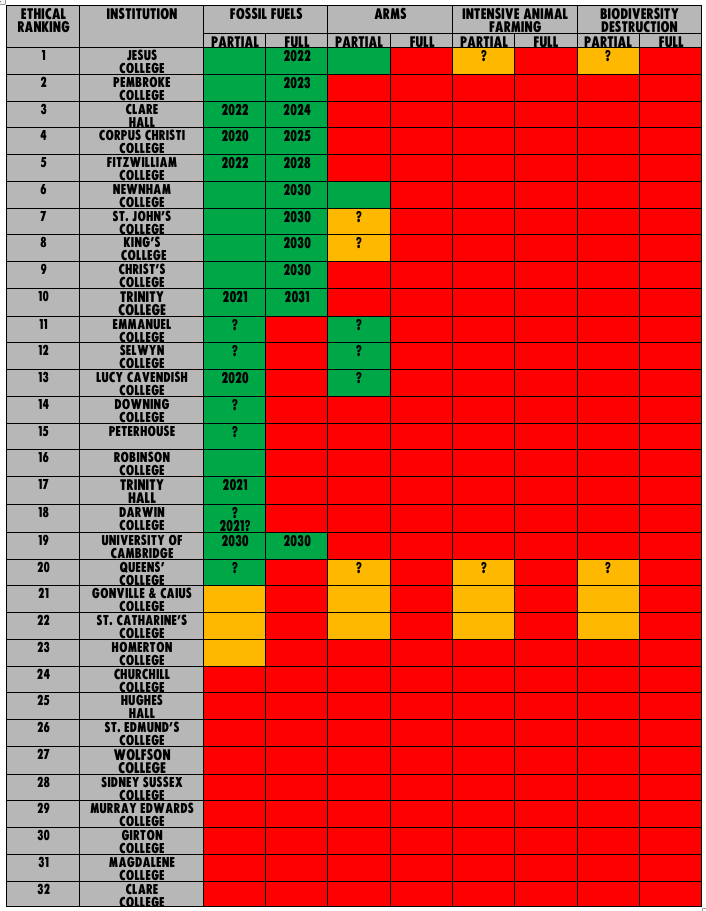 The ranking was calculated by sorting institutions by: